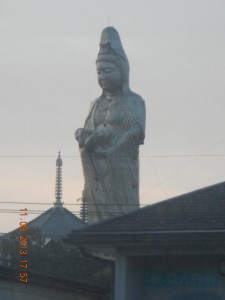 Zen is a school of Buddhism that traces its roots from India through China, Japan, and then into the West. The word Zen literally means concentration or meditation, and came to identify a particular school of Buddhism that developed in China around the 8th century CE. The Zen school (or Ch’an as it was known in China) was distinguished from other schools of Buddhism present in China at the time by the emphasis on zazen (seated meditation) over other practices such as chanting or scripture studies. It also developed  its own unique form in China from the melding of Indian Buddhism with Confucianism and Taoism, which have given it much of its distinctive flavour it still holds today.
While it has been said that, the flavour of Zen is pain in the legs, (from long sitting meditation) Zen is very much a down-to-earth school of Buddhism that focuses on the realization of true nature that is this very moment. Zen uses varying forms of meditation and active practices to bring about an appreciation of this intrinsic wholeness. Ultimately Zen is “a finger 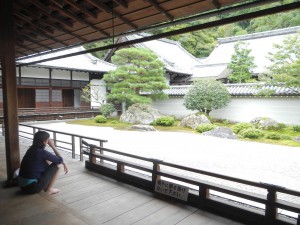 pointing at the moon” in that it provides pointers and guidelines to the way home. And while the finger is also the moon, as one American Zen master commented, “It has been said that all spiritual paths lead to the same place…, but really, all paths eventually peter out in the world.” 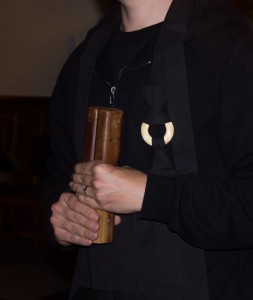 The practice of Zen has many benefits and is practiced to lead to an end of suffering and anguish. The basic practice of zazen, when practiced diligently leads to an increase in health, ability to concentrate, and a release of stress and worry. In our busy lives, we are constantly looking for ways to improve ourselves, our situation, and change those around us. Zen is quite radical, and challenges us to look at life in a completely different way. Instead of trying to change the so-called circumstances of our lives, practice encourages us to appreciate just what is – the roar of the traffic, the smell of freshly cut grass, and the cry of a baby.

In a simple way, the practice of oneness, unity, or interdependence reveals that there is no “world out there” that is doing something to me. Practice leads to the appreciation that the only separation between myself and others is the activity of mind, and in fact “me” is also a function of mind. We begin to see that how we use our minds is at the root of much of our suffering. By beginning a meditation practice, we start taking responsibility for our lives, and open up to the undeniable fact that we are not as separate as we like to think.

Beyond this practice of meditation and awareness for our own sake there is an infinite world to discover. Meditation can shed light on other spiritual paths and the connections that we share with other faiths. It can lead to seeing deeply into the nature of life, bring up deep compassion and action for other beings, the earth, and all creations. And it can also lead right back to this point where we all stand right here and now, perfect and complete just as we are. But without the journey of faith and doubt we will never be able to really appreciate that everything has been OK from the beginning. 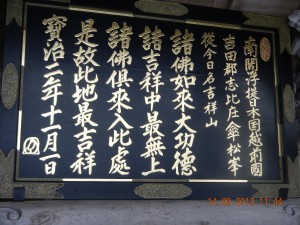 Spiritual practices address the great unknown or mystery that surrounds our life. All paths, ways, religions, spiritual practices, including science and philosophy start with deep questions that we want an answer to. Who am I? Who or what is God? What happens after I die? Why is there so much pain and suffering in the world? These questions have been asked by men and women since the dawn of conscious thought, no-one has quite got the “answer”. Rocks and trees have the answer, but human beings are constantly running around looking for something else.

Zen uses this questioning as a tool for deepening our appreciation of this limitless life. This “Why?”, rather than becoming married with a comfortable (or uncomfortable) answer, is used as the lens to penetrate even further into the mystery. Zen does not substitute beliefs for experience, and all Zen students are encouraged to deeply question all assumptions they and their teachers hold dear. This is not to say that there are not skilful means and practices that we use, but that they are all bridges to other shore. When you reach the shore the bridge is no longer needed – and indeed you really never left. James K. Baxter expressed it like this:

It’s been a long time now,
since the great icons fell down.
God, Mary, home, sex, poetry.
Whatever one uses as a bridge
To cross the river that has only one beach.
And even one’s name is a way of saying
‘This gap inside a coat’ – the darkness I call God,
The darkness I call Te Whaea, how can they translate
The blue calm evening sky that a plane tunnels through
Like a little wasp, or the bucket in my hand,
Into something else?…

Zen is a wide and formless field of benefaction. It is practiced in all corners of the world, and has been made accessible by many Western and Asian teachers. If you are interested in taking the first steps or jumping right in; run, don’t walk, to your nearest Zen group. You may learn what all the Buddhas and spiritual teachers have been giggling about since the world began.

Note: Due to Level 2 restrictions – we ask that you wear a mask, sign in to the covid app, and try to keep 1m distance. And if you’re unwell – keep warm at home.

If you have never done any Zen Meditation before, we offer and intro session on the first Thursday of the month at 6:45pm.

If you are interested in joining and of these events, please contact us via e-mail.  More information on the events can be found on the Events and Practice page